The effect of polymer-based dental composites on living cells

Polymer-based composites are often the material of choice in restorative dentistry. Composites consist of two main phases: the filler, usually silica particles of various sizes, and the matrix that in general is a mixture of methacrylate monomers. Because composites are cured in situ, dental personnel are exposed to the monomers due to daily handling of uncured materials.

Exposure by direct skin contact and inhalation occurs. In addition, methacrylate monomers have been demonstrated in saliva from patients after application of polymer-based materials. It has also been shown that methacrylate monomers effectively pass through dentine, thereby reaching the pulp. Because of the known exposure scenarios, risk evaluation of the materials is important. Detailed knowledge of the mechanism by which these chemicals interact with living cells is of great value for such evaluation. 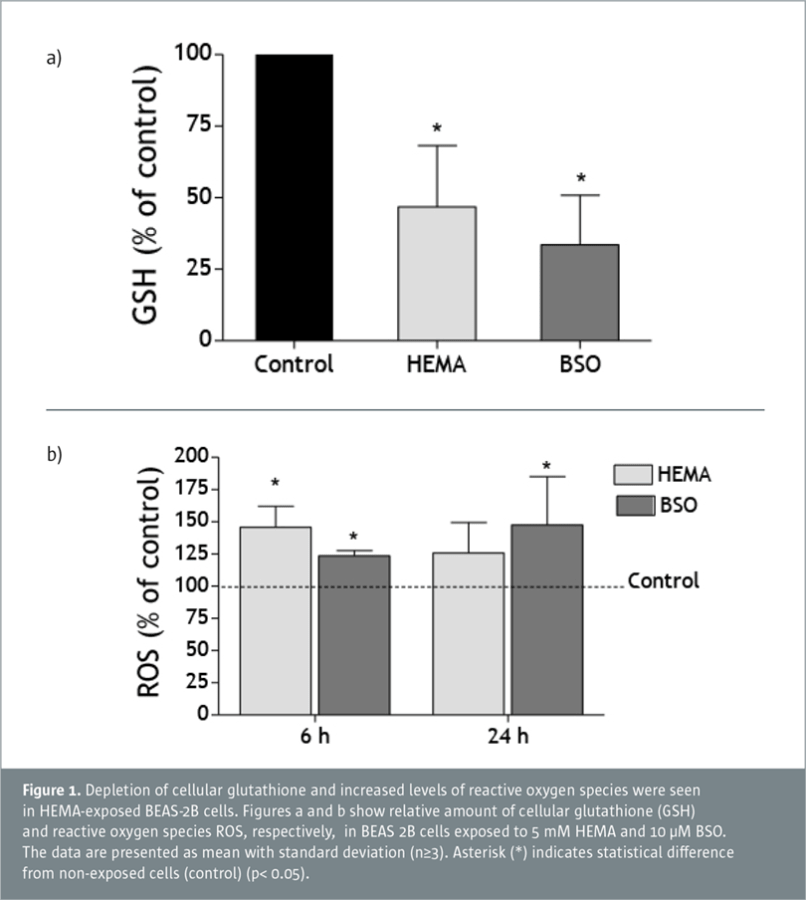 In a recent study performed at NIOM, the viability of a human lung epithelial cell-line, BEAS-2B, was investigated after exposure to 2-hydroxyethyl methacrylate (HEMA) (a commonly used methacrylate in polymer-based materials). Reduced cell viability was demonstrated in HEMA-exposed cells. The experiments showed that both increased cell death and cell growth interruption contributed to the reduced number of viable cells. Similar results are reported in other cell types, and it has been suggested that HEMA-induced glutathione depletion followed by increased levels of reactive oxygen species (ROS) is the mechanism of toxicity. In order to study whether the reduced viability could be linked to these events, the effect of an inhibitor of glutathione synthesis, L-buthioninesulfoximine (BSO), was compared to the effect of HEMA. BSO incubation also resulted in glutathione depletion and increased ROS levels comparable to the effect of HEMA exposure (Figure 1). However, BSO had no effect on cell death and cell growth (Figure 2). 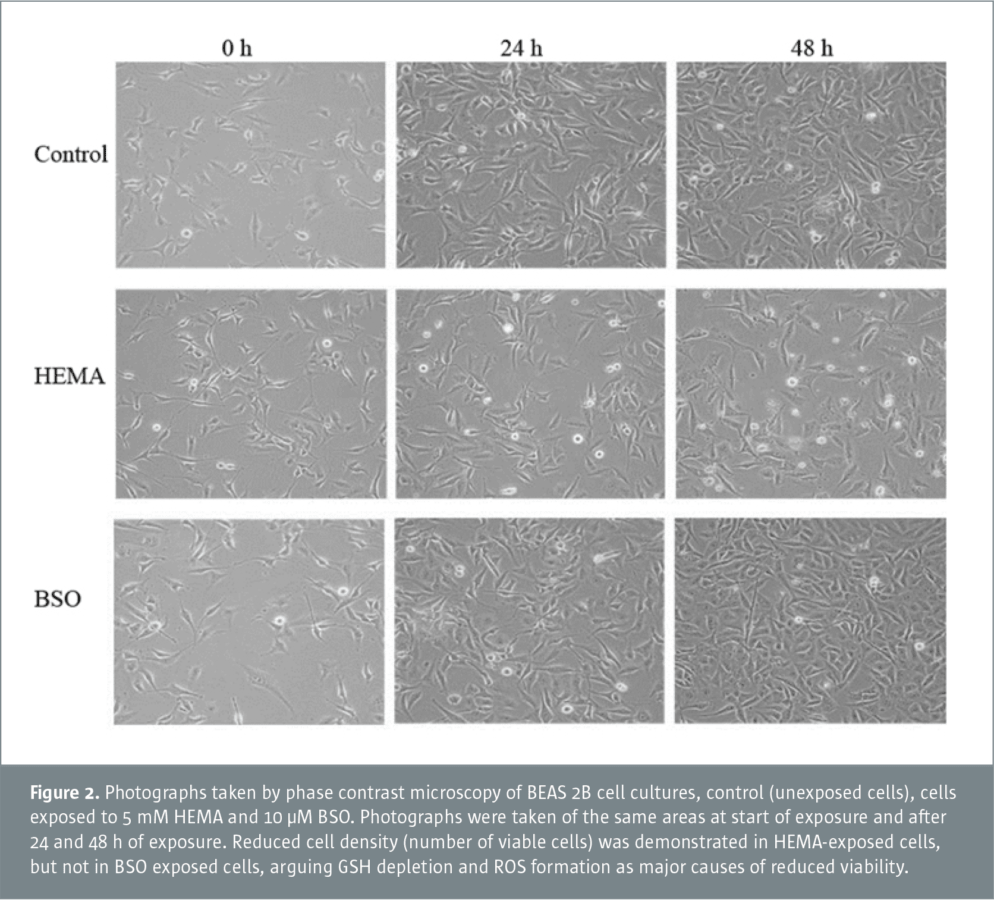 The results indicate that HEMA-induced cell damage is not exclusively caused by glutathione depletion and ROS-formation mechanisms. Other mechanisms seem to be of importance for the toxic effect of HEMA on lung epithelial cells. The study showed that HEMA had a toxic potential in cell culture but the implication for dental personnel and patients remains unclear.