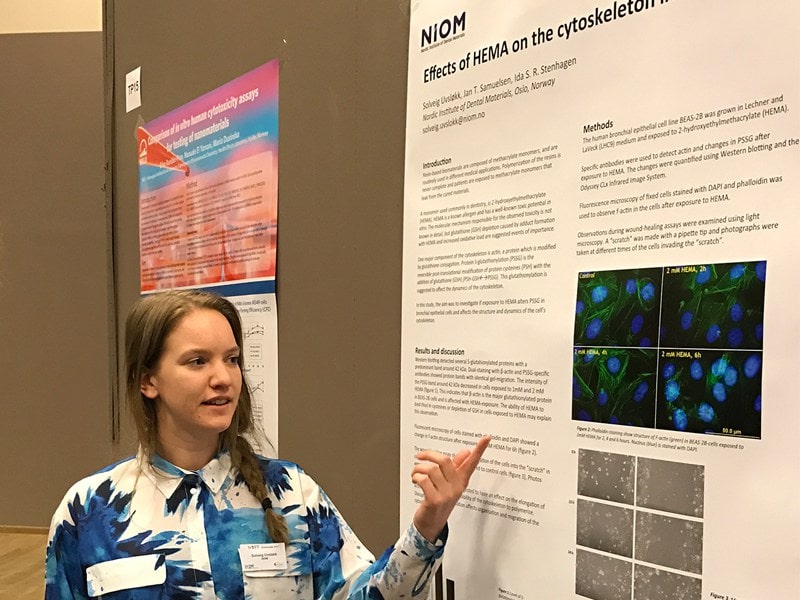 The Norwegian Society of Pharmacology and Toxicology (NSFT) held its 45th annual meeting at Beitostølen in the Norwegian mountains from January 26th to 29th. NIOMs engineer Solveig Uvsløkk (26) took home the “Best Poster Prize” out of 20 submitted posters in the category Toxicology. Uvløkk’s submission, titled “Effects of HEMA on the cytoskeleton in BEAS-2B cells” is based on her ongoing work for her master’s degree in biomedicine undertaken at Oslo and Akershus University College of Applied Sciences. The meeting was an interdisciplinary meeting with 104 registered participants including six NIOM scientists and engineers.

It was her verbal presentation, combined with the poster’s design, that clinched the “Best Poster” prize. When not winning prizes for her posters, Uvsløkk can be found in the labs of NIOM, where she works on her master’s project while also collaborating on other biological and toxicological studies on cultured cells.