Prevalence of molar-incisor-hypomineralisation among 8-year-olds

If at least two first permanent molars are affected at 8 years of age, then there is an increased risk teeth erupting later being affected

The average estimated prevalence of MIH was 8.3%.»

Dentists often see patients with developmental defects in tooth enamel. The characteristically white, brown or yellow stains are present from when the tooth first erupts. But, how common are these defects?

A recent study by NIOM and several collaborators looked at the frequency of patients with teeth affected by molar-incisor-hypomineralisation (MIH). In addition it sought to discover whether the number of affected teeth in the early developing dentition, could predict whether the later erupting teeth will be affected.

The study was retrospective, with both cross-sectional and longitudinal components. It was based on electronic oral health records of all 8-year-olds examined between 2002 and 2016 by the public oral health services in Helsinki.

The average estimated prevalence of MIH was 8.3%. This is comparable to that previously reported in the literature.It was revealed that the upper first permanent molar were most commonly affected.

In the follow-up part of the study, it was observed that those who had at least two affected first permanent molars at 8 years of age, had an increased risk of teeth erupting later being affected, compared to those with only one tooth affected. 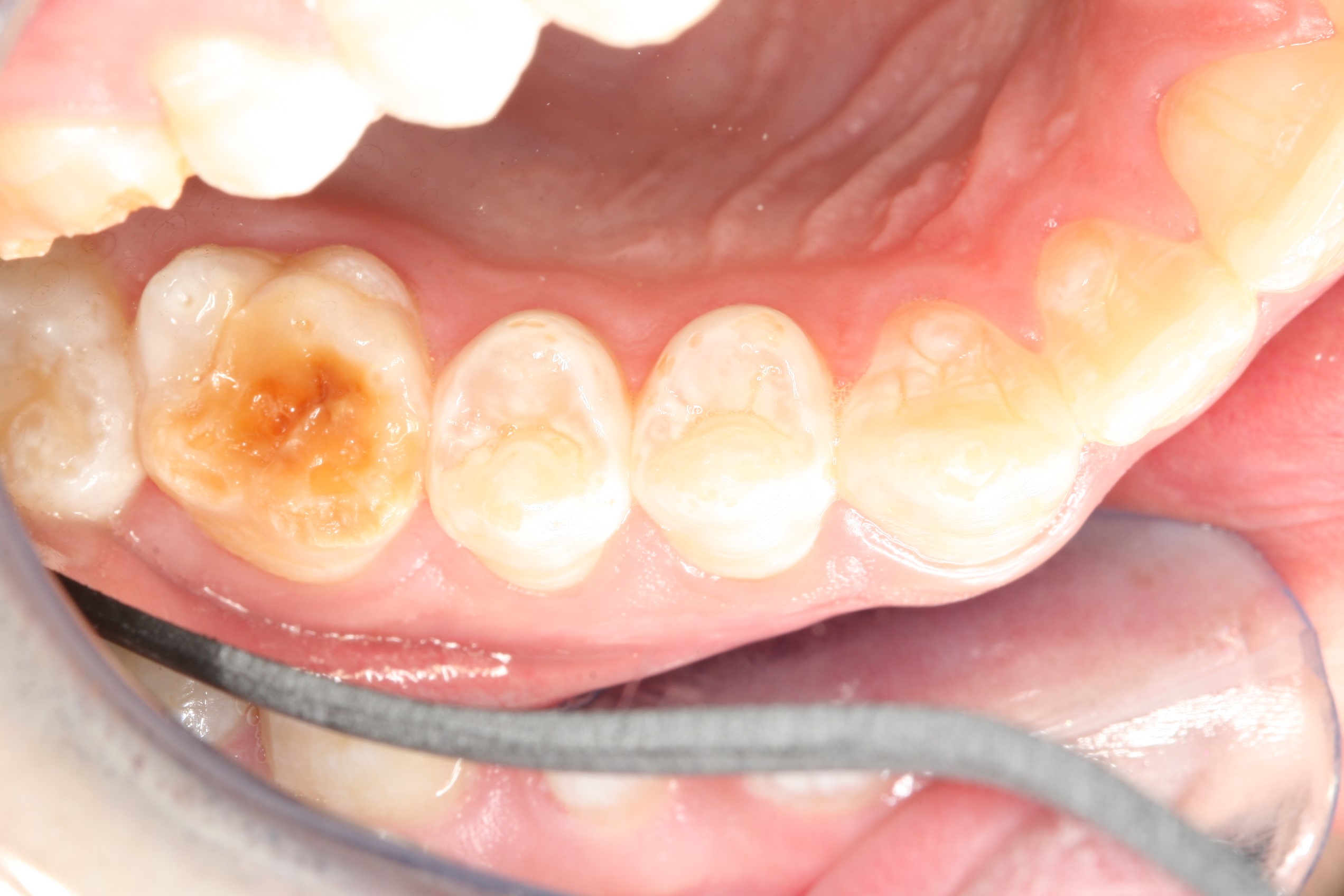 Pictured: The characteristically white, brown or yellow stains are present from when the tooth first erupts. Credit: Aida Mulic.