Color change due to acid erosion of tooth substance.

Four peroxide-free tooth whiteners were purchased from internet and pharmacies, and one peroxide based product was distributed through a dental office. These products were tested using extracted teeth. The whitening processes were performed according to the manual of the different products. The teeth were examined in a standardized light box, and the tooth color was given according to the Vita Lumin-Vacuum colour scale. The evaluations were done prior to the treatment, immediately after the whitening, and after eight months. After 8 months, no perceivable lightening was noted for the peroxide-free products whereas the teeth treated with peroxide containing bleaching remained lightened.

Clinical implication The peroxide-free tooth whitening products is not recommended for persistent lightning of stained teeth. Repeated use of such acidic products may damage the enamel, amorphous materials, like glass and polymer materials. Therefore this instrument is also suitable for determining the same parameters for polymer materials. 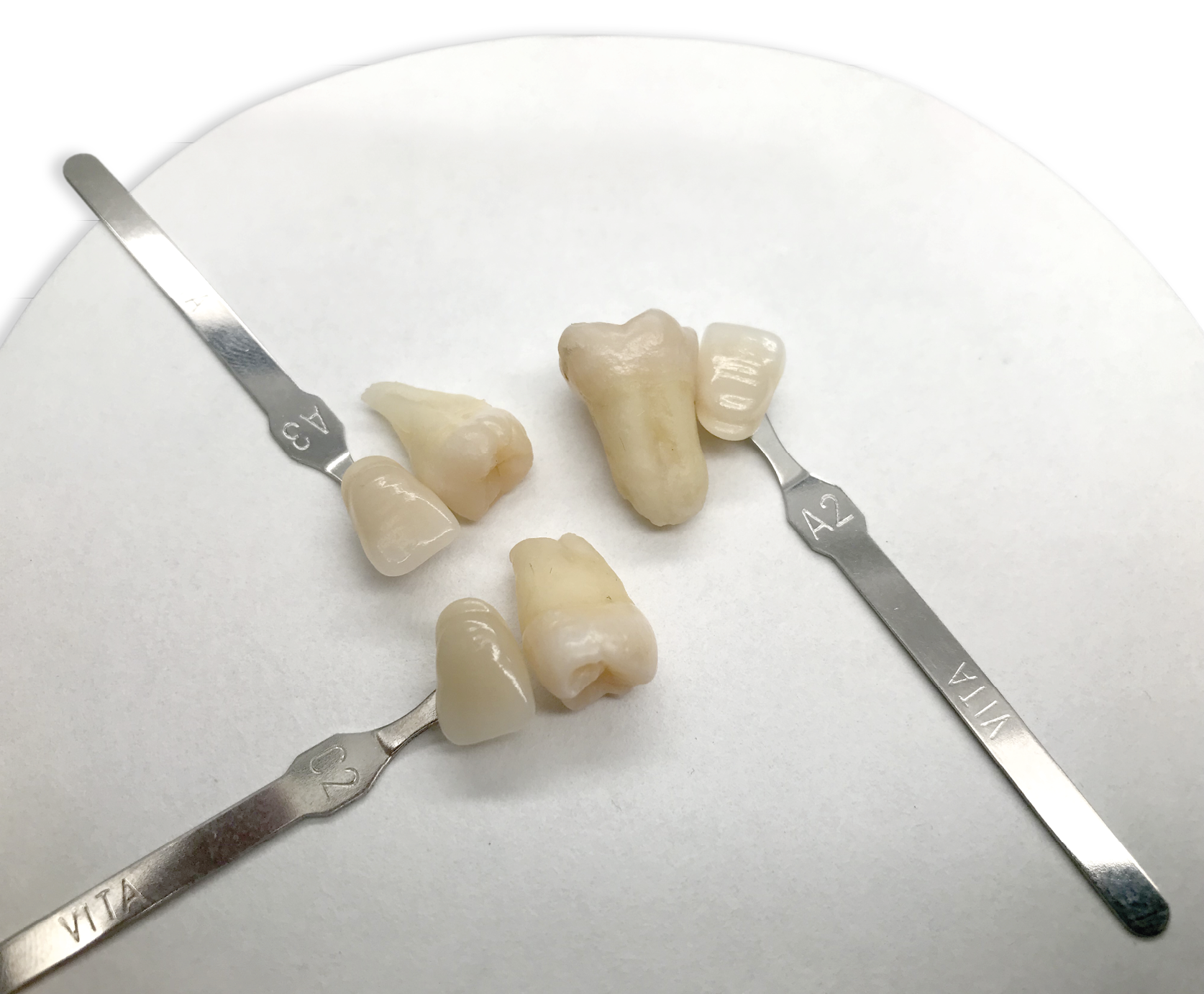