print
NIOM scientists were invited to the national dental conventions in Sweden and Norway this autumn. You can here read the conclusions of the lectures given on bulk-fill materials, nanomaterials, safety of tooth bleaching, and quality of custom-made dental restorations imported from overseas and made at national laboratories. 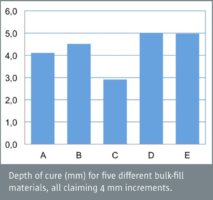 Bulk-fill composites – is one layer and 10 seconds curing recommended?
By Hilde M. Kopperud

Studies performed at NIOM show that the curing depth was adequate (> 4 mm) for four common bulk-fill restorative composites when cured according to instructions (10 or 20 s). However, for one material the depth of cure was inferior to the layer thickness recommended by the manufacturer. In general, a longer curing time will increase the depth of cure. Properties such as flexural strength and polymerization shrinkage were similar to conventional (flowable) composites. A capping layer is necessary for most bulk-fill composites. Thus, a one layer technique with short curing time is not recommended for bulk-fill materials. 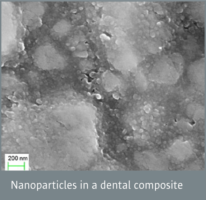 The term “nano” is frequently used in promoting dental materials, but the term is nearly absent in the declaration of the composition. Today’s application of nanotechnology appears to be rather simple, e.g. as nanoparticles in dental composites. Some materials contain silver nanoparticles, probably as an antibacterial agent. It is likely that use of nanotechnology will accelerate to provide materials with tailor-made and enhanced properties. Self-assembling nanostructures, for example to regenerate damaged dental enamel, could have a considerable potential in future dentistry.

NIOM receives occasional reports from patients who have experienced improper tooth-bleaching procedures in beauty clinics. The EU directive on cosmetics, including tooth-bleaching products, states that a dentist must be responsible for the bleaching treatment, the patient must be 18 years or older and the final concentration of hydrogen peroxide must not exceed 6%. This concentration disqualifies the use of most in-office bleaching procedures. Regarding the use of bleaching lamps, apparently still used in some beauty clinics, their use is not justified for the following reasons: No strong evidence exists that use of light enhances the bleaching efficacy, the irradiation has not been dose optimized and there is a moderate risk for adverse effects. In young patients with strong discolouratrion, e.g. due to disturbances during tooth development, dentists should be able to use the relevant chemicals and concentrations provided full responsibility is taken for the treatment according to the Act of soundness. 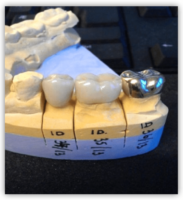 Dental technician work consisting of 24 overseas-made and 18 Norwegian-made dental crowns has been investigated for fulfillment of the requirements according to the Medical Devices Directive (93/42/EEC). The compliance between ordered and delivered alloy composition, content of toxic elements as Ni, Cd and Be, and stated declaration of conformity with the Medical Devices Directive were investigated. The investigation revealed major deficiencies for both imported and Norwegian-made crowns regarding composition and the stated declaration of conformity. The deviation of the composition was especially pronounced for the imported crowns. No toxic elements were found in neither the imported nor the Norwegian crowns.