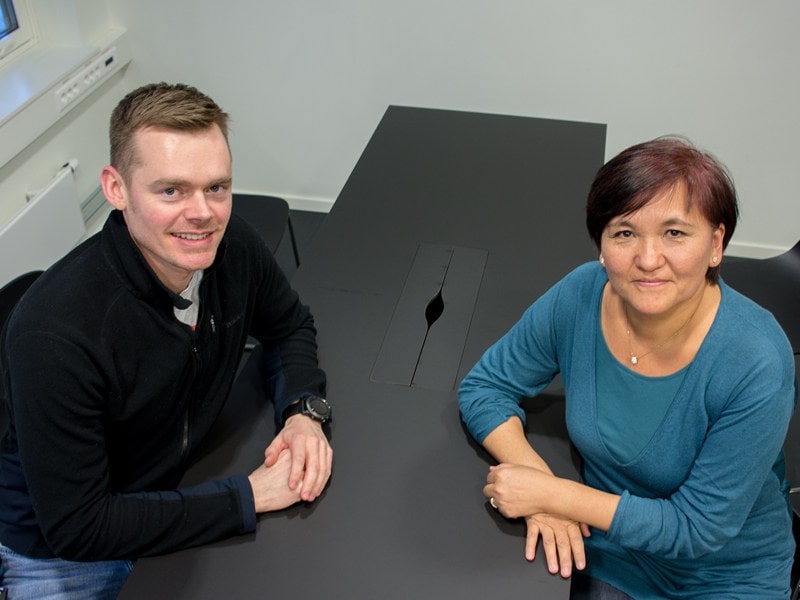 NIOM welcomes two visiting scientists from the University of Helsinki to its ranks for the next three months, Jussi Furuholm and Battsetseg Tseveenjav.

Jussi Furuholm has been a practicing dentist since 2008 before entering into his specialization in endodontics in 2014. His supervisor at University of Helsinki recommended a stay through NIOM’s visiting scientist program and consequently he will spend the next three months working through large amounts of epidemiological data generated from public dental clinics in Helsinki. His focus will be studying the long term survival of root canal treated teeth and the influence of different restorative materials used in these treatments.

Battsetseg Tseveenjav has come to Norway and NIOM by way of Mongolia, Cuba and Finland. After finishing her dentistry degree at the University of Havana she moved back to her home country to work as a dentist and lecturer at the department of dentistry at Inner Mongolia Medical University. A WHO grant brought her to the University of Helsinki where she was eventually hired. As visiting scientist at NIOM she will be working on treatment decisions and material selection in the management of MHI-affected teeth as well as still crowns, both projects on children.

The NIOM guest scientist program allows researchers to focus solely on their chosen projects over a certain period of time. The research of NIOM visiting scientists also add to knowledge that will benefit dental health in the Nordic countries.

NIOM managing director, Jon E. Dahl is excited for the newest additions to the roster of researchers at the institute.

– It is important to us that research from visiting scientists at NIOM has both relevance and benefit to Nordic dental health. We chose Furuholm and Tseveenjav as visiting scientists because their research may ultimately have a positive impact on the health of Nordic patients but also to strengthen the bond of collaboration with Finland, Dahl said.