print
NIOM toured the Scandinavian annual dental meetings in 2016. The presentation “Light curing – so easy, but so difficult!” was given at the Danish Årskursus in March by dr. scient. Ellen Bruzell, and at the Norwegian NTF Landsmøte and the Swedish Odontologisk Riksstämma, both in November, by dr. scient. Hilde Molvig Kopperud and Bruzell together.

At Riksstämman, Professor Jon E. Dahl also participated at the seminar FluORO, discussing the use and safety of fluoride.

Light curing – so easy, but so difficult! 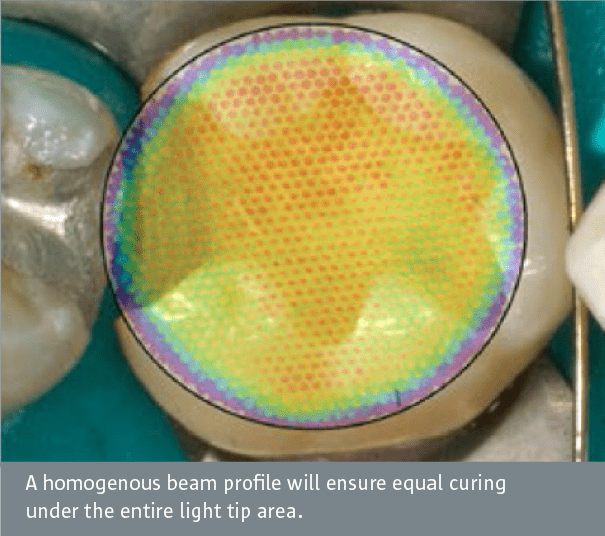 Advice on proper light curing of composites and precautions on using curing lamps with too high irradiance (intensity; power per emission area) was given in this presentation. Although light curing is a well-established technique, developments in composite and curing lamp technology have introduced some new aspects that need attention. Some composites now have additional initiators to the traditional camphorquinone where the curing reaction is initiated by blue light (approx. 460 nm). These materials require additional wavelengths. Some curing lights have very high irradiances (> 3000 mW/cm2), promising very short curing times. This should be avoided from a material point of view as curing is not an instantaneous reaction: The chemistry needs some time! Thus, the dentist should make sure that a curing lamp with the proper light output is used. Relevant factors include choice of single or multiple light peaks (blue, violet, UV), a homogenous beam profile over the output area, and irradiances usually between 1000 and 2000 mW/cm2. 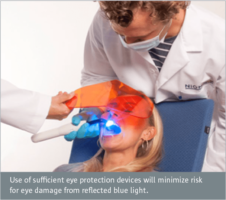 Patient and occupational safety are other reasons to choose curing lights with moderate irradiances. The blue light emitted from the curing lights may cause eye damage to dental personnel unless proper eye protection is used. Sufficient eye protection devices are either protective glasses or large hand-held shields. Without protection, estimations show that curing for about 10 minutes during a work-day will entail a risk for eye damage if the irradiance of the lamp is about 2000 mW/cm2 or more. Using loupes may not increase the risk of eye damage. For the patient, there is a risk of burns to soft tissues if too long irradiation times or too high irradiances are used. Temperature rises of 5–6 degrees have been measured in the tooth using curing lights of 1500 – 2000 mW/cm2, which may cause damage to the pulp.

Professor Dan Ericson, scientist Peggy Näsman and professor Dahl participated in the seminar about the use of fluoride to prevent caries. In Sweden there is a growing concern about the safety of using fluoride, both in tooth paste and other supplements. Some of the concern is due to the misunderstanding that sodium fluoride has the same toxic profile as fluorine. Dahl clarified the chemical issue and addressed kinetics and toxicity of fluoride compounds. Most information is based on data from people living in areas with water fluoridation and naturally occurring high levels of fluoride in the drinking water.

Ninety percent of ingested fluoride is absorbed from the gastrointestinal tract into the blood stream, and the maximum blood concentration is reached after 30–60 minutes. Approximately half of the absorbed amount goes to the hard tissues, bone and developing teeth, the rest is excreted in the urine. Chronic toxic effects of fluoride exposure are seen in teeth and skeleton. Mottled enamel appears in patients being exposed to more than 0.04 mg/kg body weight per day and skeletal fluorosis in patients receiving more than 6 mg fluoride daily. A large, recently published study from England showed no increased risk of health effects including cancer in areas having water fluoridation.