Stainless-steel crowns (SSCs) are considered to be good practice when treating teeth.

The main advantages when using the stainless-steel crowns (SSCs) are that they maintain the function and occlusion of the affected teeth.

While stainless-steel crowns (SSCs) are recommended for restorative treatment of teeth severely affected by caries, fractures or dental developmental disorders, they are not widely used. A new NIOM study among Norwegian and Finnish dentists explores why.

Mulic is a senior scientist and practicing dentist, as well as one of several researchers behind the study. She explains that this has been a joint project between NIOM, the Oral Health Centre of Expertise in Eastern Norway (OHCE-E) and the Department of Oral and Maxillofacial Diseases, University of Helsinki, Finland.

– Despite the evidence and consensus, we still see that dentists are more likely to turn to extraction and more conventional restorations, than SSCs, she says.

Cross-cultural study
To discover why, Mulic and her colleagues designed a cross-sectional survey among Norwegian and Finnish dentists, using an electronic questionnaire.

– We asked whether they used SSCs and, if so, on which indications, Mulic explains.

In addition, the questionnaire assessed reasons for non-use and dentists’ perceptions regarding advantages and challenges in the use of SSCs, as well as the need for additional training.

– We then described the background characteristics, and use of, as well as the views on SSCs. We also looked at the associations between respondents’ background and their answers, Mulic says.

Telling results
Of the 574 Norwegian and 765 Finnish respondents, just 12.0% and 12.9%, respectively, reported that they use SSCs.

– The most frequently reported barrier reported by those who did not use SSCs, was lack of practical training, Mulic says.

Main challenges
The most frequent challenge reported by those using SSCs was difficulties in crown adjustment followed by aesthetic issues. The most frequently reported advantage was that SSCs maintain the dental function and occlusion.

– The dentists were willing to use the SSCs, but they reported a need for more information and practical training. They were especially interested in hands-on courses, Mulic says, adding: their interest in receiving more information and training is of course very positive, and should be offered by the educational institutions. 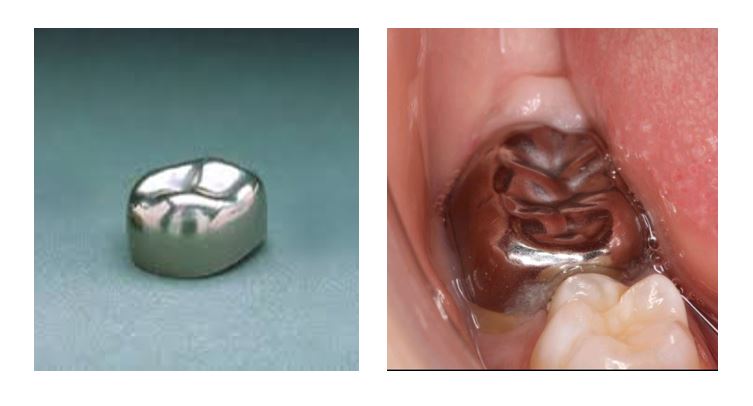