How healthy were the vikings’ teeth?

The skulls of 49 ancient Icelanders buried between the years 1000 and 1104, was evaluated according to oral health.

The teeth showed signs of extreme wear, caused by the coarse and mostly unprocessed diet.

Eliasson and Richter found surprising similarities between todays youth and the viking youths. 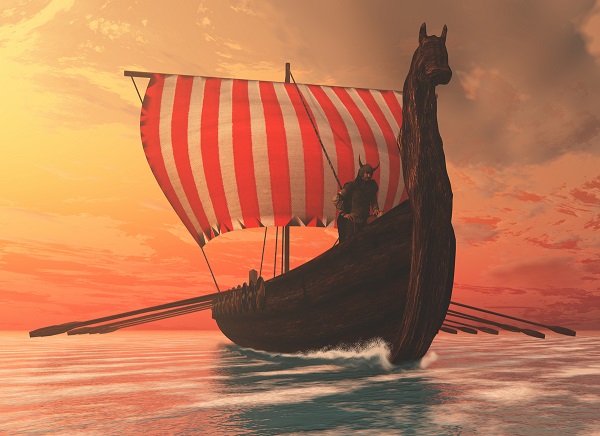 The sagas describe Vikings with blood visible in the angle of their mouth. An exaggeration or a true description of poor oral health? Though extensive research has been performed on Viking settlements, few have been from an odontological point of view. Finally, this is changing.

NIOM- researcher Sigfus Thor Eliasson is one of the authors of the newly published article “Tandsundheden i Island i middelalderen.” Eliasson is also professor in Odontology at the University of Iceland, Reykjavik, and in a prime position to look at his ancient ancestors’ dental health.

– My co- author, a well-known forensic dentist, Associate Professor Svend Richter, and I got access to the teeth and craniums of 66 individuals from the south of Iceland, Eliasson says.

The remains were found in an ancient graveyard, underneath a layer of volcanic ash from Hekla’s eruption in 1104. This means that the individuals were buried after Iceland became Christianized in year 1000, and before the eruption.

– 49 of the skulls were in a condition to be evaluated according to oral health, Eliasson says.

The examinations of the skulls were performed blindly, by both authors. They found agreement on more than 90 percent of the measurements. When there was a disagreement, an agreement was reached based on re-examination and discussion.

-Going into the project, we knew from the Icelandic Sagas that the individuals would have had almost no, or no access to sugar, fruit or vegetables, Eliasson says.

The ancient Icelanders ate a diet dominated by dried fish, dried and smoked meat and meat products preserved in highly acidic whey. According to the Sagas, acidic whey was also a daily drink or thirst quencher.

– One of the most interesting things we found was that the teeth of the younger people had all the similarities of enamel erosion we seen in modern Icelanders. However, today the damage comes from excessive consumption of soft drinks or sport drinks, Eliasson says.

The research showed that caries was almost non-existent, but the subjects had lost about ten percent of their teeth before death. The remaining teeth showed signs of extreme wear from the mostly unprocessed and coarse diet.

– We also found that almost 80 percent of the population died between the ages of 26 and 45, Eliasson says.

In addition to this, they found root abscesses in 45 percent of the material. It was especially prevalent among men. The main culprit probably being the extensive tooth wear, with exposure of the pulp cavity.

– This would have been extremely painful, and not made better with the high occurrences of calculus and periodontal diseases, Eliasson says.

The evidence suggest that the sagas paint a true picture. Gum disease was common among Vikings, though they mostly avoided one of our biggest oral challenges today: caries.

The article is published in Norwegian at Tidende.