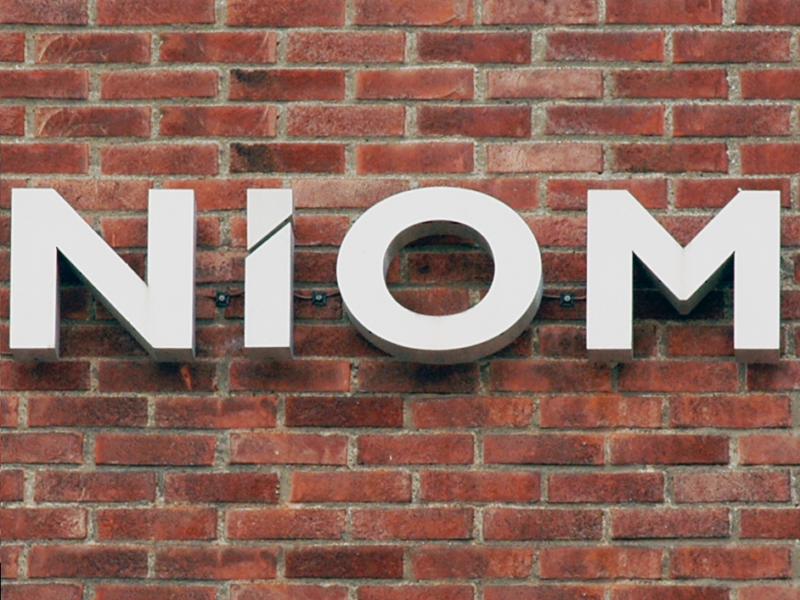 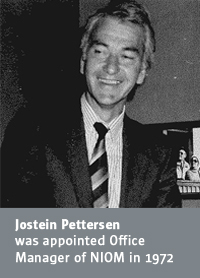 NIOM was established in 1972, as a joint Nordic institute located in Oslo. Our obligation was and still is to work towards ensuring that the materials and equipment intended for use in dentistry in the Nordic countries are safe and appropriate. This aim is met through materials testing, standardisation and research. In 2009 the Nordic Council of Ministers decided to make NIOM a Nordic Cooperative Body for dental biomaterials and transfer the ownership to national authorities in Norway. Since 2010 NIOM has been owned jointly by UniRand (a wholly-owned subsidiary of the University of Oslo) and the Norwegian Ministry of Health and Care Services.

On 1 January 2004, the CE certification activity, formerly undertaken by NIOM, was handed over to a Norwegian-registered foundation named NIOM CERTIFICATION. This foundation changed its name to Nordic Dental Certification (NDC) and was in 2011 incorporated in the Norwegian certification organization Nemko. Thus NIOM no longer has any responsibility for the certification of dental products.

Today, the Institute maintains its competency in the accredited testing of dental biomaterials, and promotes this activity with manufacturers and regulatory bodies. The provision of an accredited laboratory service to industry, health authorities and other parties remains one of NIOM’s core activities, and test results can be used for certification purposes and to document product quality.

NIOM has since its establishment contributed to standardization at an international level through the International Organization for Standardization (ISO) and within Europe through the Comité Européen de Normalisation (CEN). Scientists from the institute are technical experts and conveners of working groups within the following technical committees (TC): ISO/TC 106 Dentistry, ISO/TC 194 Biocompatibility of medical devices, CEN/TC 55 Dentistry, and CEN/TC 206 Biocompatibility of medical devices. Through participation in standardization work, NIOM has had, and still has, a major impact on the selection of methodology and requirements of the dental product standards, and the requirements are often based on results from research activities at NIOM.

Research has always been a major obligation for NIOM. Projects are clinically oriented and are directed towards the discovery of new information about dental biomaterials, especially physical and chemical characteristics, clinical properties, and the safety of patient and dental personnel. Results are published in peer-reviewed journals both internationally and in the Nordic countries. NIOM funds a visiting scientist programme to promote exchange of scientist from the Nordic countries. Since the establishment of the programme in 1979, 85 scientists have visited NIOM to undertake joint research with NIOM scientists.

1970: The board representing Denmark, Finland, Sweden and Norway had their first meeting.

1977: The establishment of NIOM fulfilled according to the plan.

1987: Established in new premises at Haslum.

1992: Accreditation of the test laboratory.

2004: The Notified Body activities transferred to a Norwegian foundation, NDC.

2009: Last year as an institution under the auspices of the Nordic Council of Ministers.

2010: NIOM became a Nordic Co-operative Body owned by the University of Oslo and the Ministry of Health and Care Services. NIOM moved to Oslo University campus area.