In a recent investigation from University of Oslo and NIOM, none of the three-unit bridges produced with different CAD/CAM systems attained the nominal settings for the cementation gap. The measured gaps were up to twice the sizes set in the CAD-software.

Both ceramic and alloy restorations were evaluated.

There was no statistically significant difference between the groups. The fit was measured both in mesio-distal and bucco-palato direction. The cement gap varied between areas of the restoration, although the variation was not consistent among the materials. The marginal cement gap, defined as the band 0.5–1.0 mm from the preparation margin, was found to be somewhat smaller than the internal cement gap but still larger than the manufacturers’ specifications for that area. 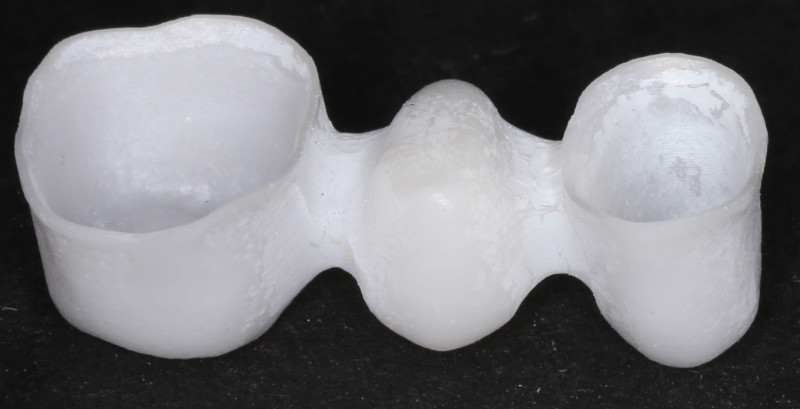 Digital techniques were used to estimate the fit.

All the CAD/CAM three-unit bridges were based on the same digital impression of a typodont model of the upper jaw. For the lost-wax and casting technique-bridges polyvinyl silicone impressions were taken.

Clinical implication: The set values for internal fit and marginal discrepancy of CAD/CAM restorations are not met and a reduction in the set values may be justified.