print
Flow cytometry is a technology that simultaneously measures and then analyzes multiple characteristics of single particles, usually cells, as they flow in a fluid stream through a beam of light.

The technology is based upon detection of fluorescence and light scatter from a high number (usually several thousand) of single cells in suspension (Figure 1). Cells can be labeled with fluorescent molecules (fluorochromes) that bind to specific components in the cells, such as DNA and protein. The cells are sent through an intense laser light causing light emission from the fluorochrome. 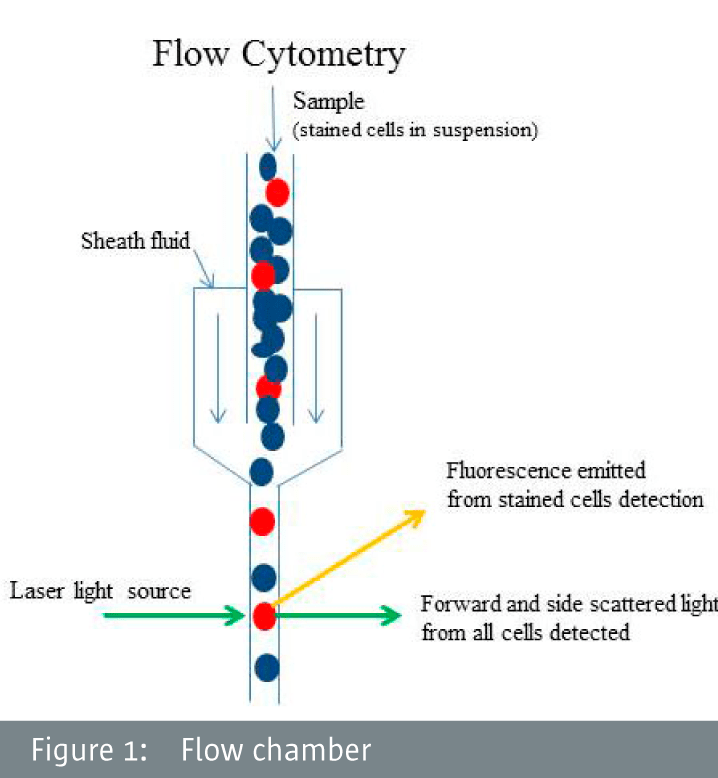 This light is collected by a special type of optics that focuses the light in a fluorescence detector (photomultiplier). The photomultiplier converts light to electronic spikes that are proportional to the amount of fluorescent compound in the cell.

Flow cytometers have a wide range of applications. They are used in routine clinical laboratories and in many research laboratories.

NIOM has flow cytometers with the ability to analyze cells with the use of UV, 488 nm and 640 nm lasers. One example of measuring DNA in cells is seen in Figure 2. A cell line (BEAS-2B) was exposed to 2-hydroxyethyl methacrylate (HEMA) for 24 hours, and differences in growth pattern are recorded. Other examples are measuring glutathione and reactive oxygen content in cells. 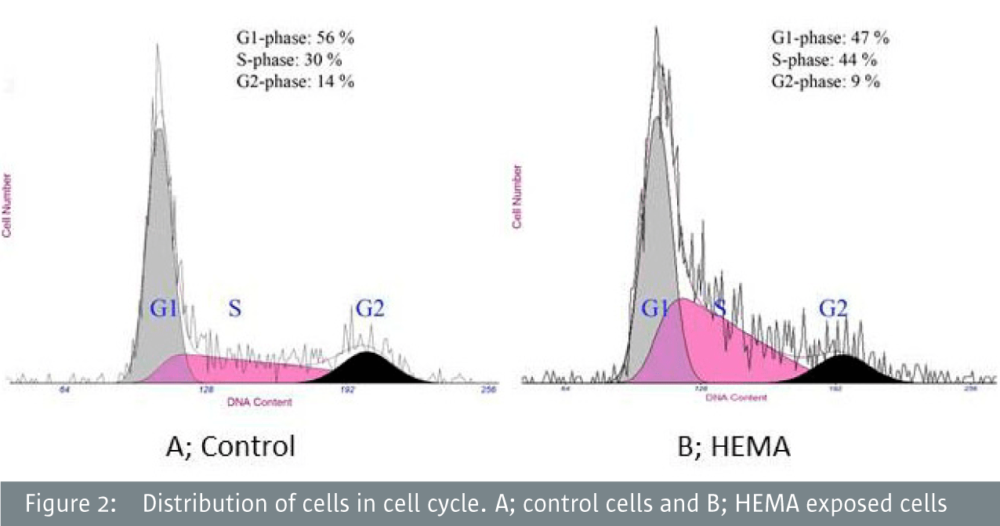