NIOM senior engineer Else Morisbak participated in the joint study, which was headed by Maria Kassapidou, from The Sahlgrenska Academy, University of Gothenburg.

The surface roughness was influenced by the manufacturing techniques and the type of alloy used.

A recent study tested the behaviour of cobalt-chromium alloys under corrosive conditions mimicking the acidity observed in oral biofilm. Cobalt-chromium has become the alloy of choice for the framework of porcelain-fixed-to-metal (PFM) prosthetics also in combination with titanium implants. The alloy specimens were fabricated by both traditional casting, by milling and by laser melting and sintering.

NIOM senior engineer Else Morisbak participated in the joint study, which was headed by Maria Kassapidou, from The Sahlgrenska Academy, University of Gothenburg.

– We wanted to investigate whether the metal ion release, surface roughness and toxicity for cobalt-chromium alloys, were different before and after a heat treatment that corresponded to porcelain firing. Specimens were produced using different fabrication techniques, and we also wanted to see if the presence of titanium would affect the ion release, Morisbak says.

A number of alloys tested

The total ion release decreased over time for all specimens, and the highest ion release was observed from the cast and milled Co-Cr alloy under acidic conditions.

The surface roughness was influenced by the manufacturing techniques and the type of alloy used, Morisbak says.

An additional observation was that surface roughness changed during the heat treatment. This was especially evident for titanium alloy and cast cobalt-chromium alloy.

– Exposure of extracts made of the alloys to two cell lines did not show any sign of toxicity, Morisbak stated.

In all cases, the amounts of metal ions found in the extracts were well within requirements of the international standards that apply when approving these alloys for clinical use. 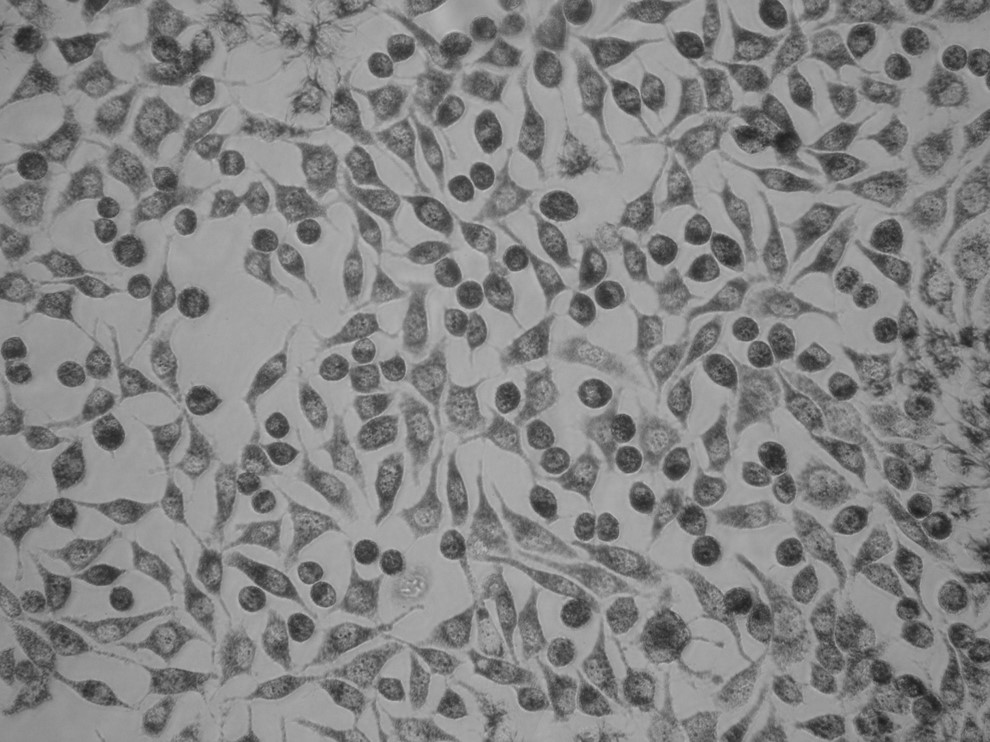 Picture by Maria Kassapidou showing: fibroblasts exposed to one of the material. MTT is reduced to formazan by succinate dehydrogenase, which is the dark areas (blue) inside the cells.”