Explaining the toxicity of methacrylate monomers

The polymerization process is never complete, and leakage of unreacted methacrylate monomers occurs during clinical service. Methacrylate monomers are associated with toxicity in many in vitro studies; however, mainly HEMA and TEGDMA have been studied in detail. The main mechanism is thought to be the monomers’ ability to deplete an important antioxidant in the cell called glutathione (GSH) and thereby cause toxicity. However, this theory has been questioned and other mechanisms have been proposed. 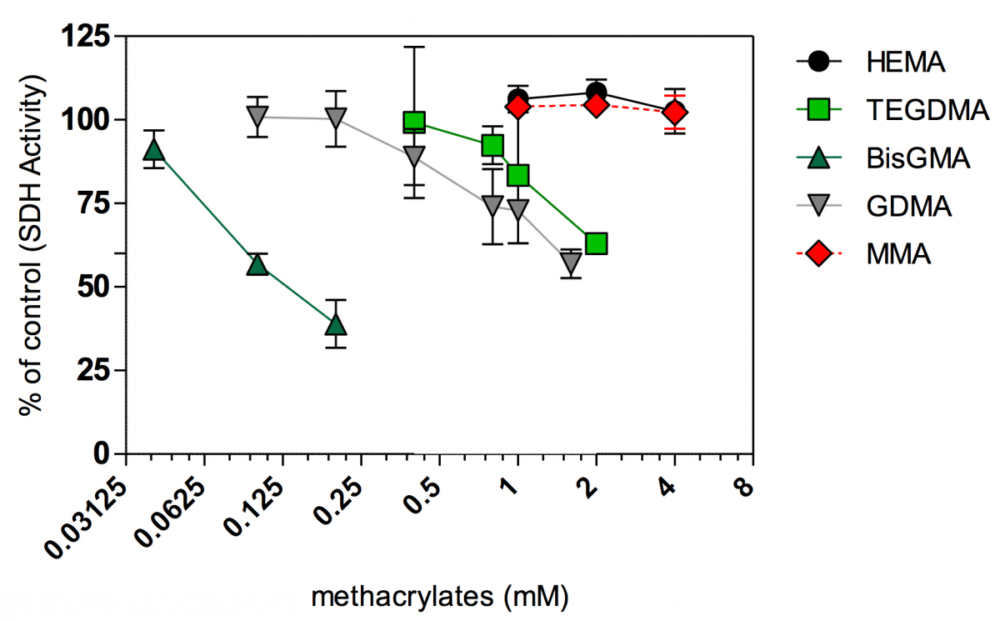 Figure 1: Toxicity in BEAS-2B cells exposed to several monomer methacrylates measured by the MTT assay. Cells were exposed to the monomers for 24 hours prior to analysis. Data are represented as MEAN±SD of at least 3 independent experiments. Adapted from Ansteinsson et al., 2013.

Methacrylate monomers differ in their structure, size and hydrophilisity. Thus, it is plausible that they can have a different mechanism of toxicity. In the current study, the toxicity of five frequently used methacrylates (HEMA, TEGDMA, BisGMA, GDMA, MMA) are compared. We have found that the different methacrylate monomers differ in their ability to deplete the cellular antioxidant GSH, and that this binding does not fully corresponds to their toxicity. This was most apparent for the methacrylate BisGMA, which was toxic at low doses (Figure 1), where GSH depletion was not observed. We concluded in this study that other, not yet known mechanisms can be involved in the observed toxicity of BisGMA.

It is important to elucidate possible mechanisms of toxicity of these methacrylate monomers to contribute to safer materials in the future. Currently, NIOM has two Master students that study the mechanisms behind GDMA and BisGMA toxicity in more detail. Clinical implication: The results may be indicative for explaining why patients may react to resin-based materials and which component(s) that are likely to cause an effect.