Purpose: Dental materials are easily colonized by bacteria, and microbial attack is the main cause of dental implant failure and periodontitis. The aim of this project was to formulate nanoparticle-based (NPsol) coatings that reduce bacterial adherence on materials used in dentistry. Pre-treatment of the surfaces with such coatings could create a time window that allows for killing of the surrounding bacteria prior to or shortly after adhesion. One option is to apply antimicrobial photodynamic therapy (aPDT). This treatment modality utilizes a combination of visible light, a photosensitizer (PS) and oxygen to produce cytotoxic species. The bacteria are specifically targeted, possibly with a reduced risk of inducing bacterial resistance compared to conventional methods. The PS can be included in the coating or added to the surface immediately after the coating. A zirconium oxide-based material was evaluated as a surface for coating. Although ceramic dental materials generally exhibit low bacterial adherence, a change in surface roughness may influence the inertness of the material.

Methods: Slices of dental zirconium oxide-based material were cut from a pre-sintered block, ground and sintered again. Twenty-four square discs were cut from the sinter-shrunken slices. The discs were given different surface treatments, using polishing cloths and diamond discs to achieve samples of different roughness (polished and ground). To investigate the effect of full bacterial attachment Streptococcus mutans (S. mutans; ATCC 700610) was cultured (37°C, 5 % CO2) on the surfaces of the zirconium oxide discs for 24 hours. Ground zirconium oxide discs were used for testing the impact of coating with different concentrations (4 and 7 %) of an aqueous solution of block-copolymer based nanoparticles (NPsol) on the formation of biofilm. The formation of biofilm was quantified by the application of a safranin staining protocol. Images of the discs were obtained using a camera attached to a microscope (100 X) with differential interference contrast.

Results: S. mutans biofilm was formed on both polished and ground discs after 24 hours of exposure to bacteria (Figure 1). The amount of biofilm formed on the polystyrene control discs was significantly lower (data not shown). The differing roughness of the zirconium oxide discs had no significant impact on the amount of biofilm attached. The presence of 4 and 7 % of aqueous solution of block-copolymer NPsol on ground discs increased biofilm formation relative to uncoated controls (Figure 2.).

Conclusion: Although it was expected that the ground discs representing a worn dental material surface would show a higher susceptibility to bacterial adhesion, the adhesion was shown to be independent of abrasion. The studied formulation, NPsol, did not have an inhibiting effect on the formation of the biofilm on the discs. Other dental materials should be explored for better suitability with the coating prior to investigations of the combined use of coating and aPDT. 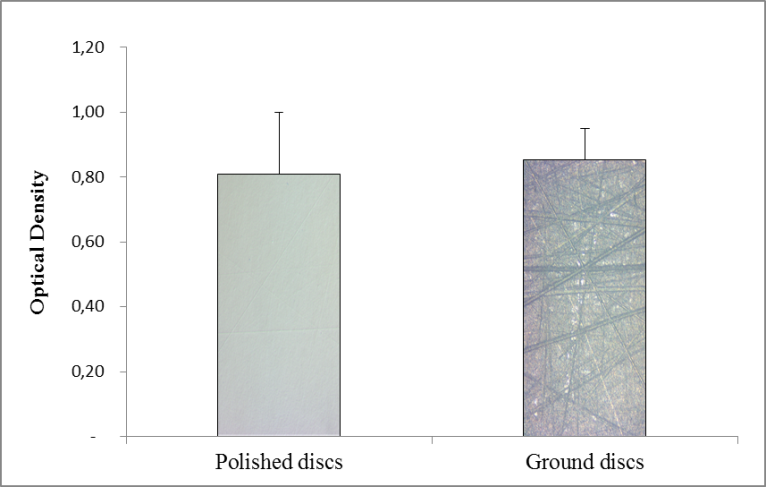 Figure 1. Bacterial attachment after 24 hours to polished and ground discs. The results are shown as mean O.D. of safranin ± SEM for both groups, n=6. The column illustrations are images of the disc surfaces. 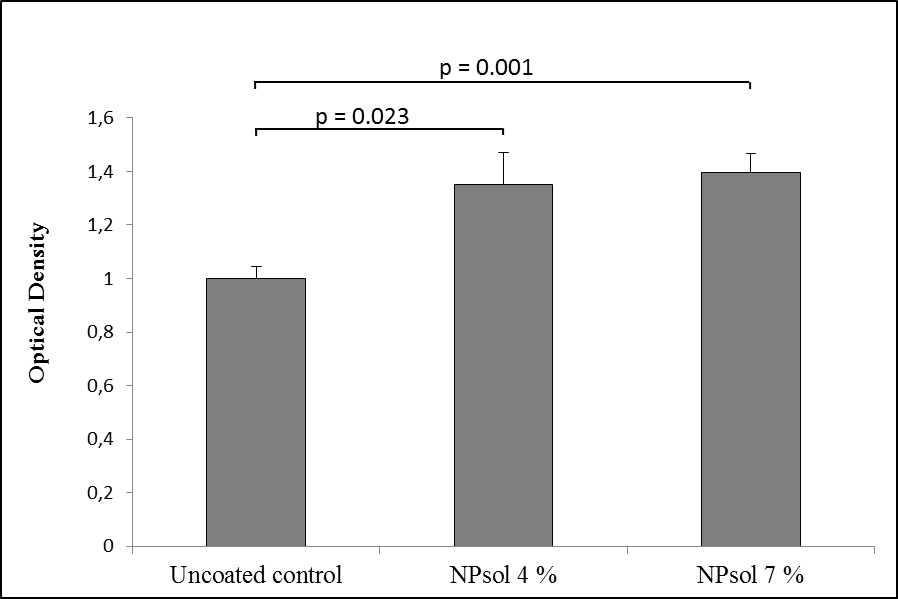 Figure 2. Bacterial attachment after 24 hours to polished and ground discs. The results are shown as mean O.D. of safranin staining relative to control ± SEM, n≥6. P <0.05.