Building up a comprehensive patient history with detailed scoring and registration of the erosive lesions is key to the care‐planning, preventive treatment and monitoring of the condition

The dentists have generally adopted a restrictive, “minimal” treatment philosophy based on fluorides and tissue‐preserving techniques

– Our aim was to examine the knowledge and experience of erosive tooth wear (ETW) among Danish dental practitioners. We sent out a questionnaire based on two cases, to explore their treatment decisions, says senior scientist Aida Mulic from NIOM.
The study was a joint project between NIOM and the Department of Odontology at the University of Copenhagen. In the end, 442 Danish dentists participated.

Young male patients
– An interesting, but maybe not surprising finding was that the dentists perceived the prevalence of ETW to be higher today than 10–15 years ago. The dentists had the impression that young male patients between 15 to 25 years of age appeared more affected than the females.
As many as 82 percent of the dentists thought that they usually found probable cause of the condition. Carbonated beverages was the most common factor.
– The good news is that the dentists have generally adopted a restrictive “minimal” treatment philosophy based on fluorides and tissue‐preserving techniques, says Mulic.

Treatment advice
Treatment and advice to the patients included good dietary and drinking habits, as well as advocating for a gentle tooth brushing technique. Ideally, the patients should use a fluoridated non‐abrasive toothpaste. In addition, reducing the frequency of erosive foods and beverages seemed rational since almost all respondents blamed the condition on carbonated soft drinks.
– In the cases where dental work was needed, we found that composites were the overall preferred material. Interestingly, the alternative to restore teeth with aid of ceramic laminate veneers, indirect onlays or crowns was close to zero for all teeth. This emphasizes the minimal intervention approach among the respondents, says Mulic.

Monitoring and detailed scoring
Even though there is no standard treatment for damages caused by erosive tooth wear, the management should be based on the individual need with emphasis on the minimal invasive intervention. Therefore, composites are recommended, when restorative treatment is needed.
– In addition, a comprehensive patient history, detailed scoring and registration of the erosive lesions are key elements for the care‐planning, preventive treatment and monitoring of the condition, says Mulic.
The same questionnaire study has also been published previously among Norwegian and Icelandic dentists with similar results. 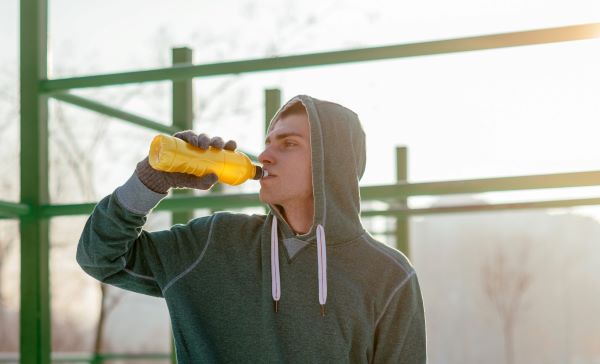 Pictured: Carbonated drinks have become a habit for many people.