All products in the study released small amounts of BPA; two materials consistently showed elevated levels of BPA leaching compared to the other materials.

Despite the general concern about potential adverse effects of Bisphenol-A (BPA), it is still found to be released from some resin-based dental materials. However, the amounts of released BPA are low and most likely represent only a very small contribution to total BPA exposure.

BPA has, since the 1990’s, been reported to leach from resin-based dental materials, in particular from fissure sealants and composite filling materials. Concern has arisen because animal studies indicate that BPA affects liver, kidney and breast tissue. Possible endocrine disrupting effects also contribute to the uncertainty surrounding BPA.

To update previous findings, especially in light of the recent, temporary, lower threshold value for tolerable daily BPA intake, NIOM has investigated the leaching of BPA from four composites, three sealants and two orthodontic bonding materials. Only materials produced from monomer bis-GMA were included in the study. BPA is used in the synthesis of bis-GMA and may be present as an impurity or residue from the synthesis.

The content of BPA was analyzed in both the uncured materials and in water in which cured materials were stored. One composite filling material and one sealant material consistently showed elevated levels of BPA leaching compared to the other materials. There was little difference in amount of BPA released into water within 24 hours compared to 2 weeks. All products in our study released small amounts of BPA, indicating that the BPA leaching may arise from impurities in the component materials. 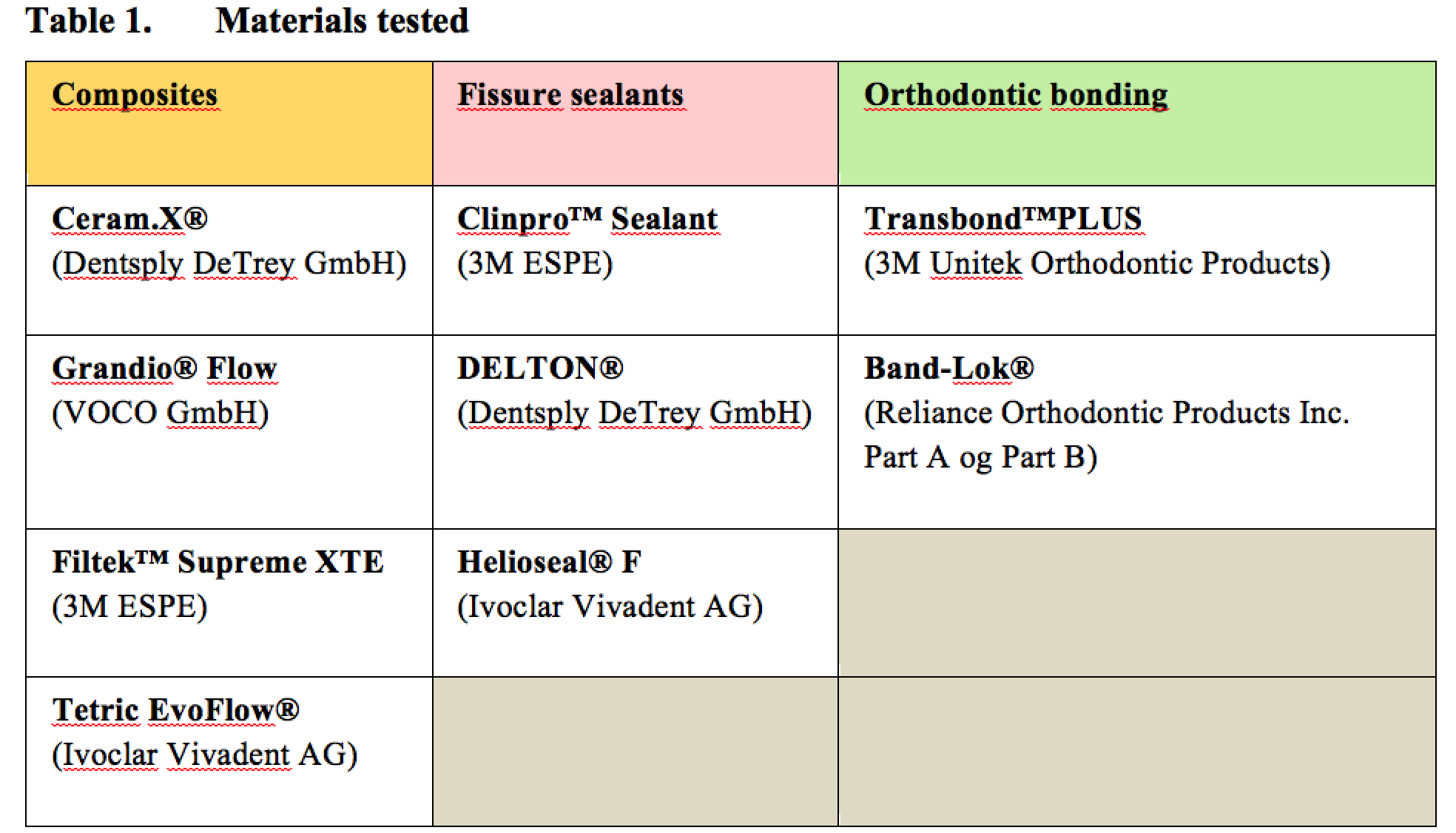 There is little reason for concern regarding BPA exposure from the dental materials that were investigated. The amounts of BPA leached from bis-GMA-containing materials were low and represented at most a small contribution to total BPA exposure.