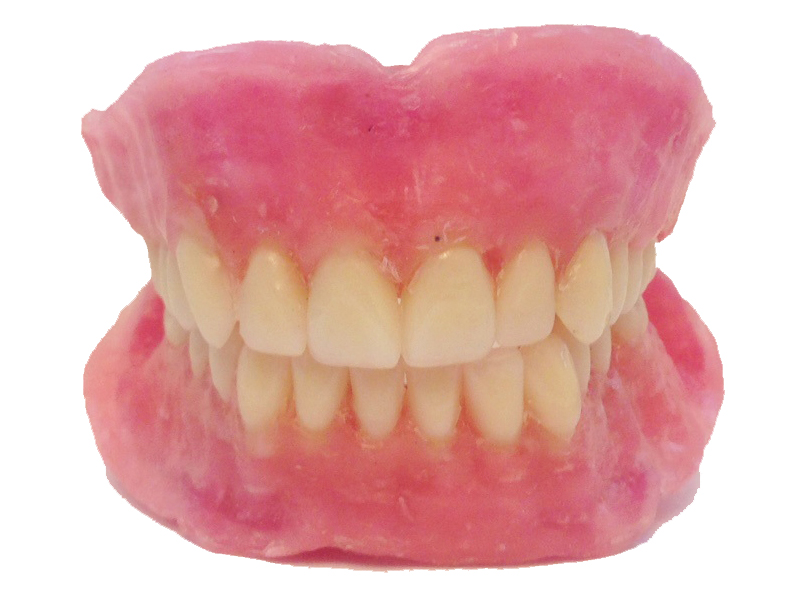 Microbial colonization and biofilm formation on polymethylmethacrylate (PMMA)-based dentures may lead to denture stomatitis, which is prevalent among denture wearers¹. Denture stomatitis is associated with multispecies biofilm formation on the denture surface¹. There is therefore a need for denture base materials with anti-biofilm properties. Chitosan is a carbohydrate polymer derived from chitin with a reported antimicrobial effect against bacteria and fungi². The aim of this study was to investigate the biofilm inhibitory effect of methacrylated chitosan covalently incorporated into the PMMA network of denture base resin against Streptococcus mutans and Candida albicans.

Methacrylated chitosan was synthesized by reacting low molecular weight (LMW) chitosan with methacryloyl chloride under acidic conditions and characterised by proton nuclear magnetic resonance spectroscopy.  The modified chitosan powder (20 wt%) was mixed with PMMA (Major) prior to addition of methyl methacrylate (Major) and homogenous sample disks were prepared. The biofilm inhibitory effect was investigated using Streptococcus mutans UA159 and Candida albicans ATCC 10231. S. mutans was grown in BHI for 24 hours before quantification of the biofilm was performed using resazurin. Candida albicans was grown for 48 hours in yeast nitrogen base supplemented with 50 mM dextrose before biofilm quantification was performed using XTT. The effect of the modified material was compared to that of natural LMW chitosan. Ninhydrin was used to investigate the presence of amine groups on the surface of the material.

The degree of methacrylation of chitosan was 16% as confirmed by 1H NMR spectroscopy. Biofilm studies showed that denture base material containing methacrylated chitosan (20 wt%) reduced both biofilm formation of S. mutans and Candida albicans compared to LMW chitosan and control. Ninhydrin detected the presence of amine groups on the surface the material.

Methacrylated chitosan incorporated in a PMMA-based denture resin reduced biofilm formation of S. mutans and Candida albicans. These findings show that methacrylated chitosan may be a promising candidate to be incorporated into denture base resin to reduce biofilm formation on the denture surface, which may reduce the frequency of denture-biofilm associated stomatitis.