Arne Hensten, a frontrunner in the world of dentistry, retires

Arne Hensten became a dentist in 1965, and became a NIOM scientist in 74.

Hensten will still be available for NIOM and the world of odontology to some extent, even as he retires.

It is with the greatest appreciation we, his colleagues at NIOM, wish dr. odont Arne Hensten a long and healthy retirement. He has been our “grand old man”, tirelessly accumulating and sharing knowledge since he was first employed with us as a researcher in 1974.

Dr. Hensten has held almost every position at NIOM, including 8 years as Head of the Institute. As a leader, he worked for NIOM, always with a demeanor that sought consensus. He has been a vital resource, both professionally and socially.

Many know Arne as a productive researcher and advisor. He has authored, and co- authored more than 90 scientific articles. He is particularly known for his work on allergic reactions to dental materials, including nickel and amalgam.

Many dentists and researchers will also remember Dr. Hensten as a valued lecturer, both in Norway and internationally. His contribution to international standardization work, ISO, has been considerable. He has participated both as a leader and as an expert in international working groups, as well as in EU’s scientific committees. His work and his voice have been highly respected throughout the field of dental and medical materials.

Among Dr. Hensten’s later achievements, we must include his role as one of the architects of the dental clinical facilities at Tromsø University.

In the last few weeks, his colleagues at NIOM, and from around the world, have had several occasions to raise a toast in  his honor, as he celebrated his 78th birthday as well as his official retirement.

NIOM, he has promised, will still be graced by his presence from time to time. As we thank him for the tireless service he has given, we look forward to hearing nuggets from vast store of knowledge garnered during his 55 years of professional experience, from the young man fresh out of dentist school in 1965 to the final ISO-meeting in August. 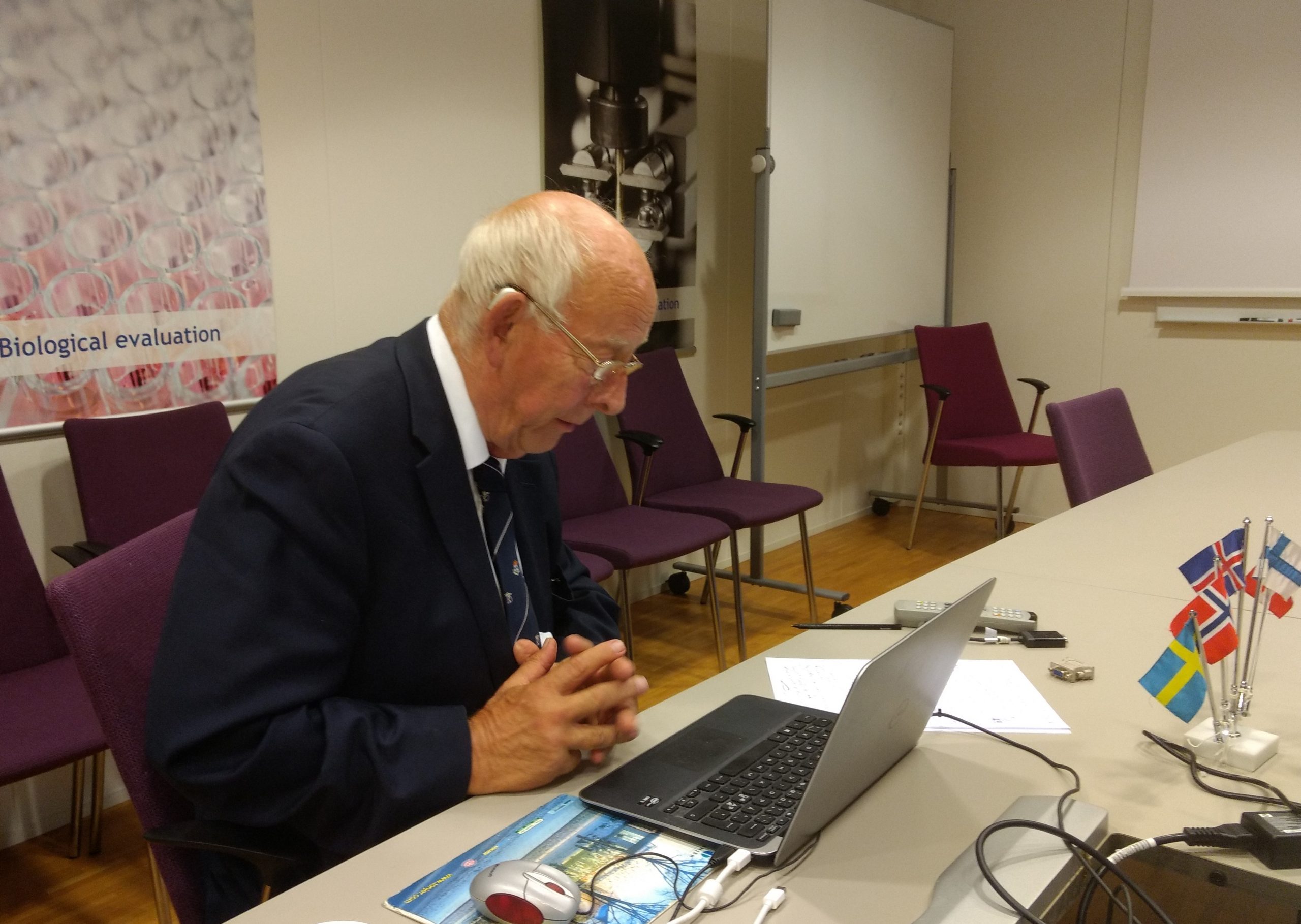 Pictured, we see Dr. Hensten during this digital meeting, where he received a certificate of appreciation for his long and faithful service within ISO.